Mehmet Can Aydin: Thankful for the chance to impress

Dimitrios Grammozis: The lads need the will to get into dangerous areas

Simon Terodde: I only knew I had made history a few days after

Last Saturday (Nov. 20th), at exactly 22:12 CET, Simon Terodde wrote his name into the history books as the most prolific goalscorer in the history of German football’s second tier. His diving header flew in off the crossbar in the 82nd minute at the Weserstadion, the 154th time he found the net in the 2. Bundesliga, breaking the record that he had been tied with Dieter Schatzschneider for since the home game against FC Ingolstadt 04.

FC Schalke 04 release statement on the VAR incident in Bremen

The day after the tough 1-1 draw in Bremen, FC Schalke 04 have completed their review of the closing minutes of the game. The club have come to the conclusion that it will not lodge an official complaint. After a thorough legal review, the Royal Blues have decided to not pursue a legal challenge of the decision, due to the slim chances of it being successful. 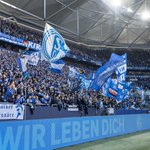 See you tomorrow, Royal Blues! 🏟️⚒️ #S04
Having already featured 11 times this season, Mehmet Can Aydin is grateful for his chance to impress 💙 Our youngst… 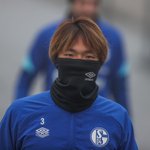 Winter is coming ❄️🥶 #S04
💬 #Aydin: "@IlkayGuendogan is like a big brother to me. We're often in contact. He praises me if I play well and I…

Late penalty robs Schalke of the win in Bremen

Dominick Drexler on improving team chemistry, dealing with expectations and fighting for places

Dimitrios Grammozis: We’re coming up against a strong team – but we’re strong too