Blendi Idrizi: Being a box-to-box midfielder plays to my strengths

Defender Ko Itakura and Japan have two crucial fixtures coming up as they look to secure one of 32 spots at the 2022 World Cup in Qatar. No other Royal Blues are in action as there will be no European games over this international break.

Danny Latza: You can see what a good group we have here

Danny Latza had barely been on the pitch six minutes when he latched onto Marvin Pieringer’s cross to score against Aue on Saturday (22.01). Just 12 minutes later, the half-time substitute headed in for his second. It was the first time since 2016 that Latza had scored twice in a game – back then he bagged a hat-trick for 1. FSV Mainz 05 against Hamburger SV. 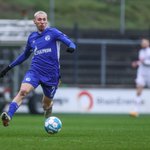 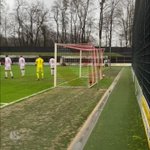 Andreas Vindheim: I couldn’t have dreamt of a better debut

Marvin Pieringer: We took advantage of the space and got our goals