4338 members, 4238 of them with the right to vote, took part in our Annual General Meeting at the VELTINS-Arena on Sunday (12/06). schalke04.de sums up all the important information and highlights the key decisions taken at the six-hour long meeting. 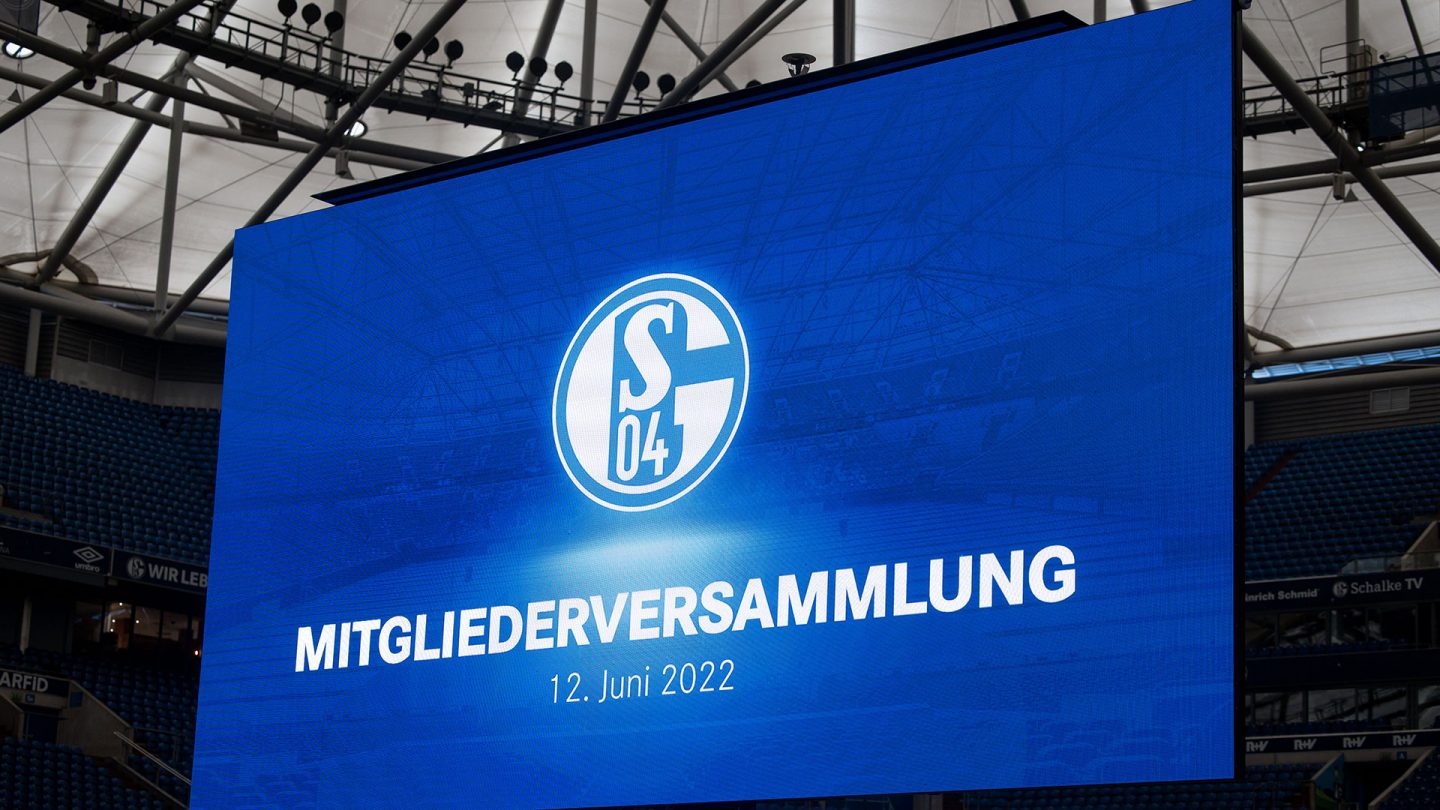 Board and committee elections

The election of two new board members took place as planned. Johannes Struckmeier and Rolf Haselhorst were those elected.

There were also two spots on the electoral committee that needed filling. Stefan Schorlemmer and Dennis Steckel were chosen to take on the role.

Vote on amendments to the club charter

A total of eleven proposed changes to the club charter were voted upon at the AGM. Eight of those changes were approved by a show of hands with another agreed upon by electronic vote. The rejected proposals were the insertion of a new clause into § 6.3.1.1 paragraph 3 and the removal of § 7.4 paragraph 5, p. 1 and 2.

Report from the board of directors and the supervisory board

Chairman of the supervisory board, Axel Hefer, opened proceedings with a speech looking back at the year gone by. He shone a light on the recent progress made by the club under the leadership of Bernd Schröder, Christina Rühl-Hamers and Peter Knäbel.

It was Bernd Schröder’s first AGM with Schalke 04. The 56-year-old gave a review of the first few months in his post and explained the cooperation between himself, Peter Knäbel and Christina Rühl-Hamers. He touched upon how important it is for everyone to pull together in order for the club to be successful. He also presented ideas on how Schalke aims to better connect members with the club in the future.

Peter Knäbel discussed the current sporting situation. Knäbel, a member of the board, reflected on the promotion season just gone. Above all though, he looked ahead to the mission of surviving in the Bundesliga next season, as well as the long-term sporting concept of FC Schalke 04.

Christina Rühl-Hamers gave insight into the financial situation at the club. She spoke of some difficult times as well as the close relationship between sport and finance. She also gave a transparent look at the challenges that lie ahead, with the aim being to achieve survival while also simultaneously consolidating the finances.

Also up for a vote was the admission of Hans-Joachim Dohm as honorary president. This movement was rejected by an electronic vote. 727 voted in favour with 1647 voting against.

The FC Schalke 04 managing board and supervisory board have come to the agreement to end the club’s partnership with GAZPROM prematurely. The club are currently in discussions with representatives of the current sponsor and further information will be released at a later date.

Following recent developments, FC Schalke 04 have decided to remove the logo of main sponsor GAZPROM from their shirts. This decision has been made following discussions with GAZPROM Germania. It will be replaced by lettering reading ‘Schalke 04’ instead.

Appointed board member Matthias Warnig to step down from his position

Matthias Warnig informed FC Schalke 04’s supervisory board on Thursday (24/2) that he is to step down from his position with immediate effect. The 66-year-old has been part of the board as a representative of main sponsor GAZPROM since July 2019.