FC Schalke 04 were beaten 3-1 by FC Twente on Friday evening (22/7). 26,000 fans at De Grolsch Veste enjoyed an entertaining pre-season friendly, in which Marcin Kaminski put S04 ahead early on. Michael Vlap (13’) quickly equalised and the Tukkers scored twice late in the game to seal the win. 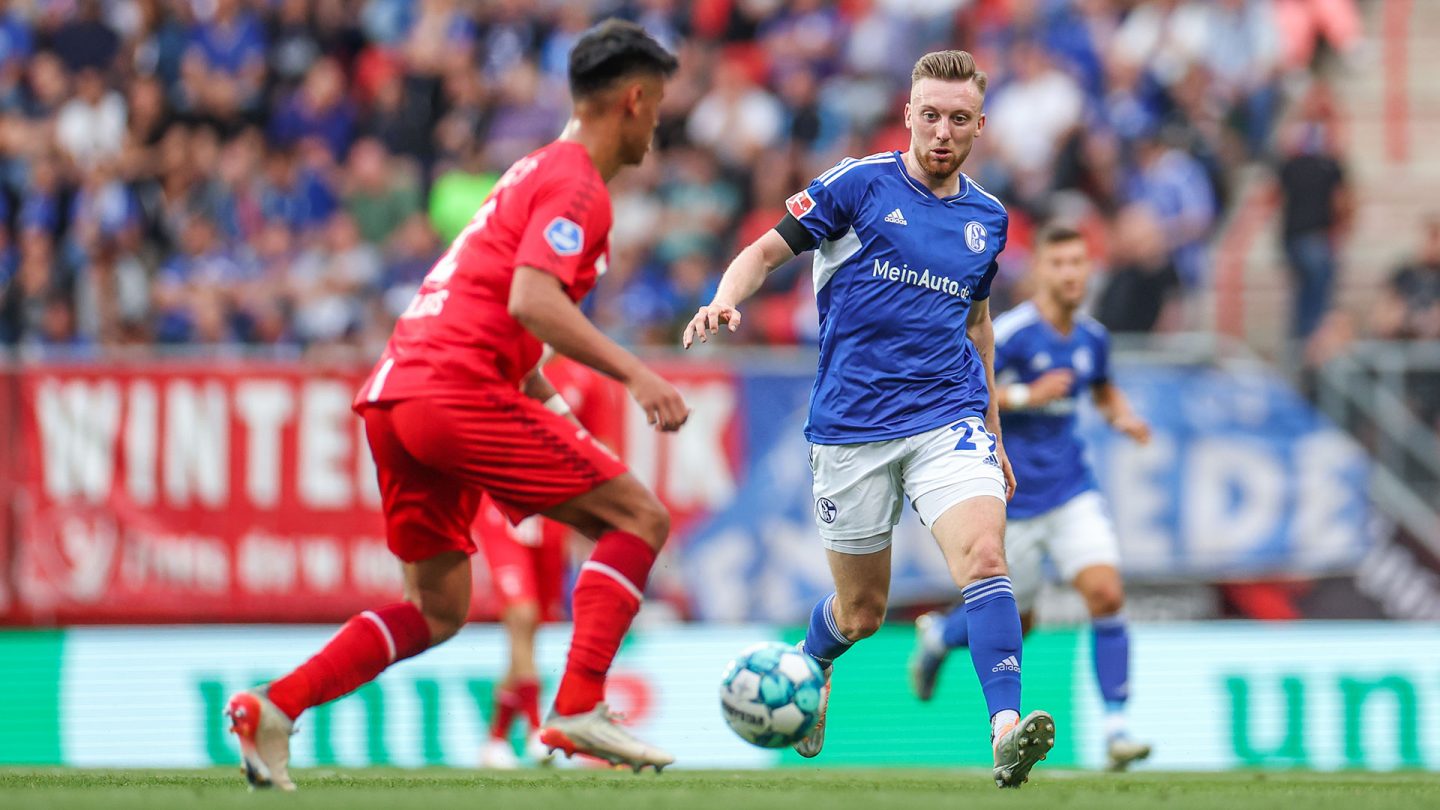 Frank Kramer went with a 4-4-2 formation on Friday night in the Netherlands. Danny Latza, who was named as captain again for this season a day before the game, led the team out with the armband. He was one of five players, along with Marcin Kaminski, Thomas Ouwejan, Rodrigo Zalazar and Simon Terodde, to win promotion with S04 last term. The rest of the side was made up of new signings: Alexander Schwolow, Cedric Brunner, Maya Yoshida, Tom Krauß, Tobias Mohr and Sebastian Polter. 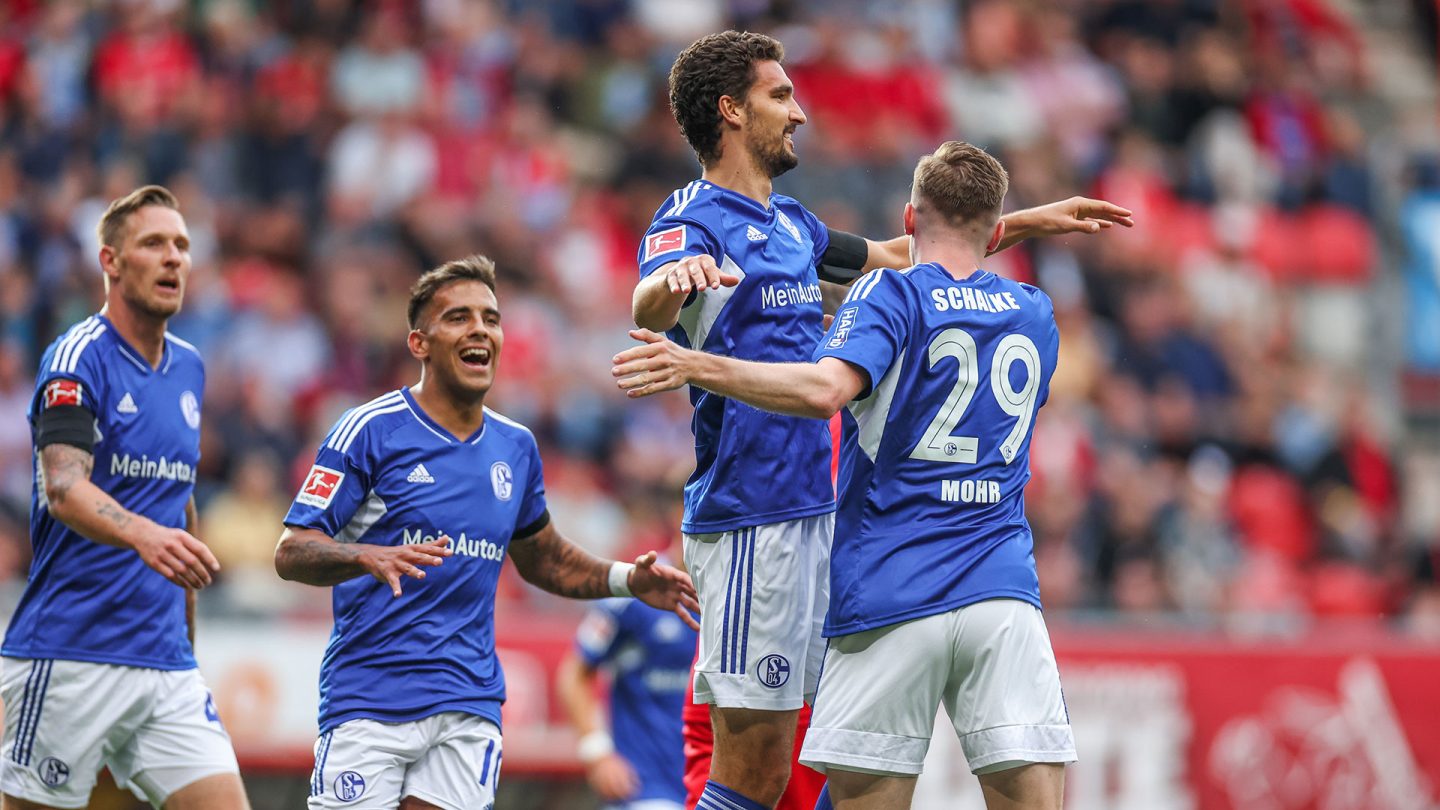 Rodrigo Zalazar came close to making it 1-0 for Schalke after less than two minutes played. A mistake during Twente’s build-up play saw the ball end up at his feet just outside the area. He struck the ball powerfully just past the post. At the other end, Virgil Misidjan had the first chance for the Tukkers. The former Nürnberg man couldn’t trouble Alexander Schwolow from distance though.

His opposite number, Lars Unnerstall, who played 47 times for S04 between 2011 and 2014, was beaten shortly afterwards. Marcin Kaminski was free in the box from an Ouwejan delivery and headed past the ex-S04 goalkeeper to give the away side the lead (9’). It didn’t take the hosts long to find a response and it was a spectacular one too. Michal Vlap curled a free-kick into the top corner from around 25 yards out, leaving Schwolow with absolutely no chance (13’).

The first half continued to be entertaining with plenty of moments in the final third. A cross by Smal caused the Schalke defence problems (16’), then Maya Yoshida had his header easily saved by Unnerstall two minutes later. A good move involving Simon Terodde and Tobias Mohr got Ouwejan in behind, however he dragged his effort well wide (29’).

Rodrigo Zalazar was involved in a lot of the play, taking two more shots inside two minutes, missing the target (35’) and then hitting a low drive straight at Unnerstall (37’). Ricky van Wolfswinkel was almost on target just before the break for Twente. He put his shot past Schwolow from close range, however Maya Yoshida was there to clear the ball before it crossed the line (42’). The final noteworthy moment of the first half came when Sebastian Polter had a shot on goal pushed wide by Unnerstall (45’). 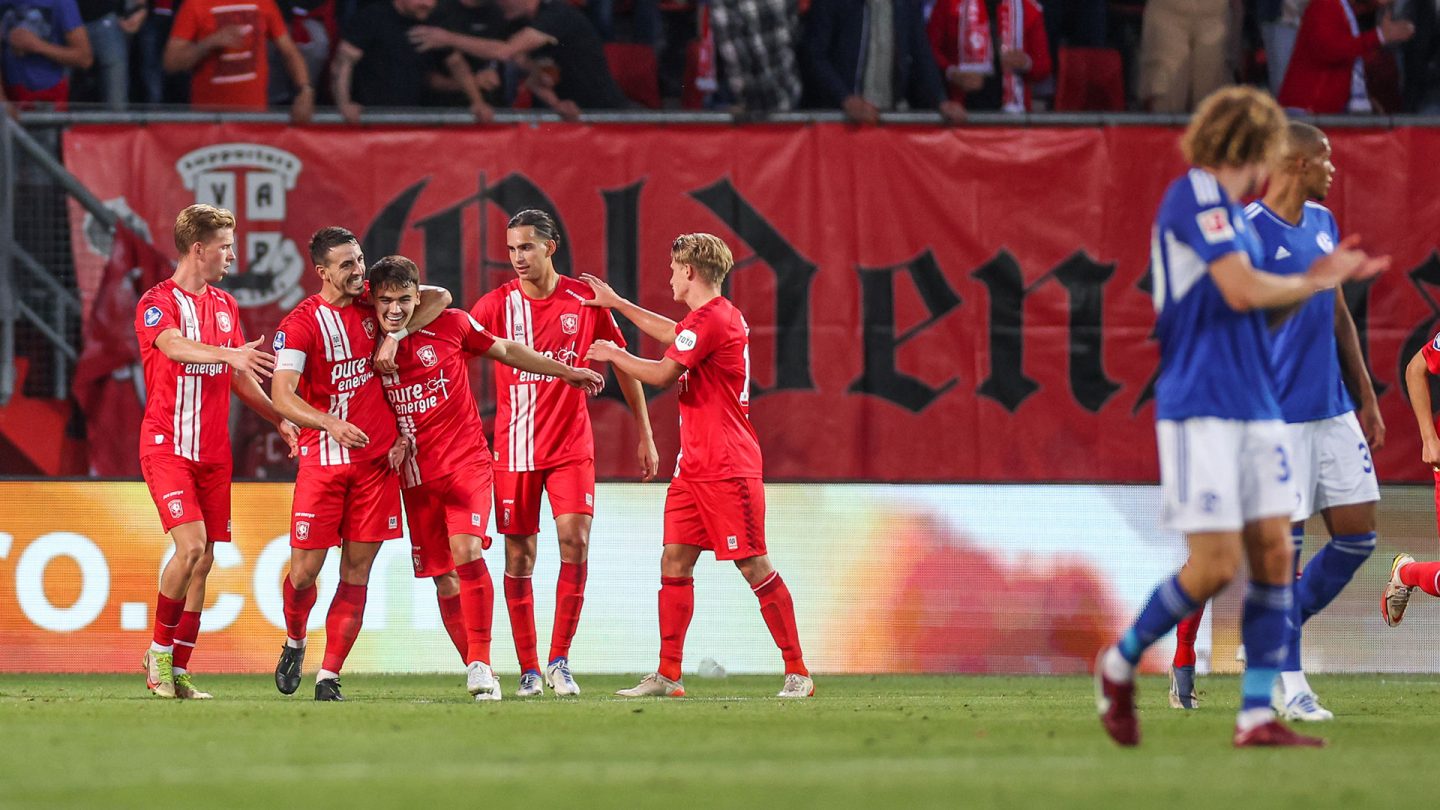 Virgil Misidjan had the first opportunity of the second half with a volley from Joshua Brenet’s cut-back. Schwolow was on his toes to react well and parried from close range (49’). There was little action to speak of following this moment. Most of the game was played in the middle of the park in the second half.

Schalke mainly had to rely on Thomas Ouwejan’s set-pieces for danger after the break. One example was in the 67th minute. Substitute Marius Bülter tried to produce a cheeky back-heel at the near post, but couldn’t only find the side-netting. It was otherwise a fairly quite half for both men in between the sticks.

That then changed in the 83rd minute. A header for the hosts looped onto the bar and then bounced back out to substitute Sam Steijn. He produced a stunning overhead kick to beat Schwolow from a few yards out and make it 2-1. Manfred Ugalde killed the game off with a minute of normal time left. He dribbled past several players in the box and then benefited from a slight deflection on his strike on goal. 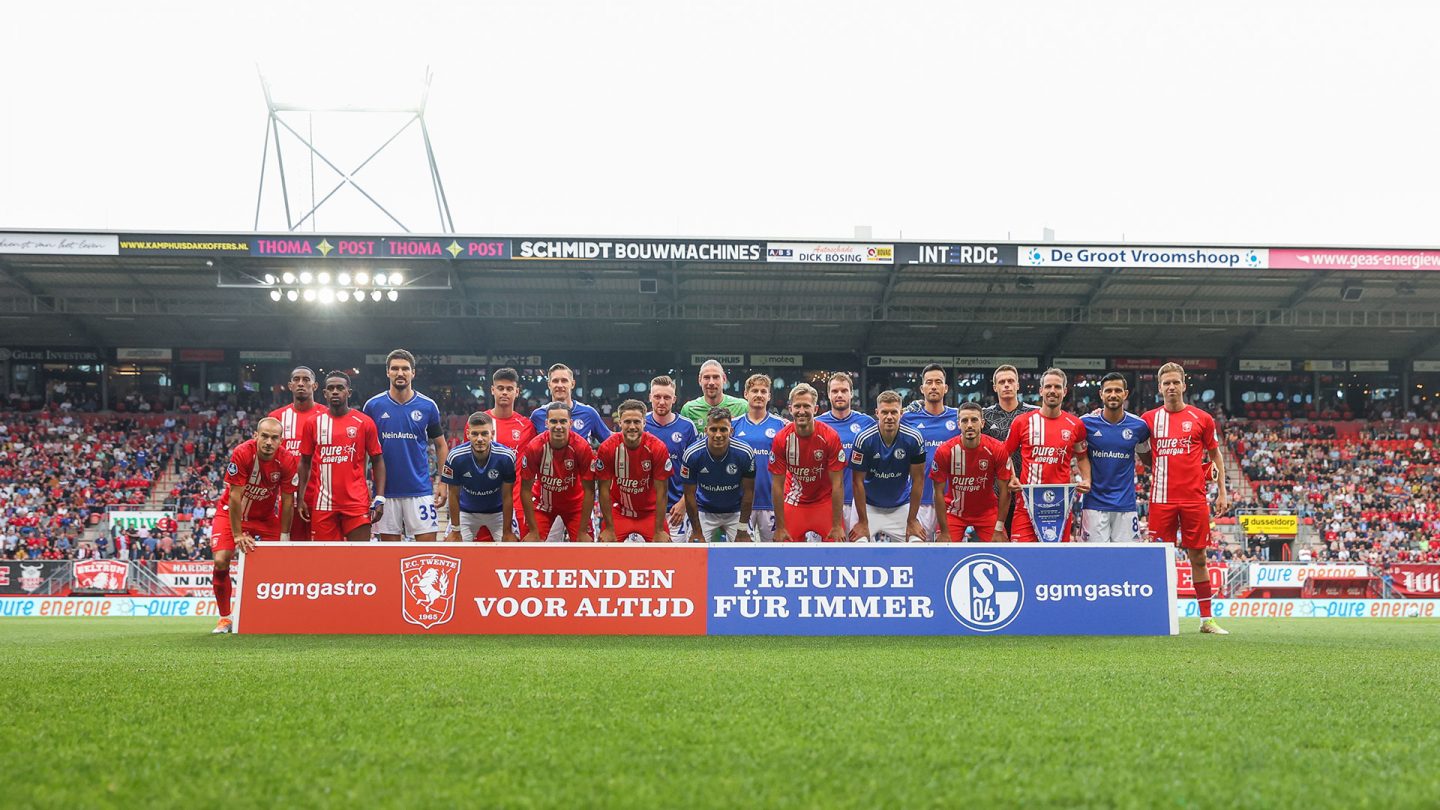 This clash with Twente was Schalke’s final friendly before the season starts next week. Following the fan day on Sunday (24/7, 11:04 CEST), the players will begin their final week of training before the first competitive game of 2022/23 on Sunday, 31st July away to Bremer SV. That game will be played at the Marschweg-Stadion in Oldenburg at 13:00 CEST. 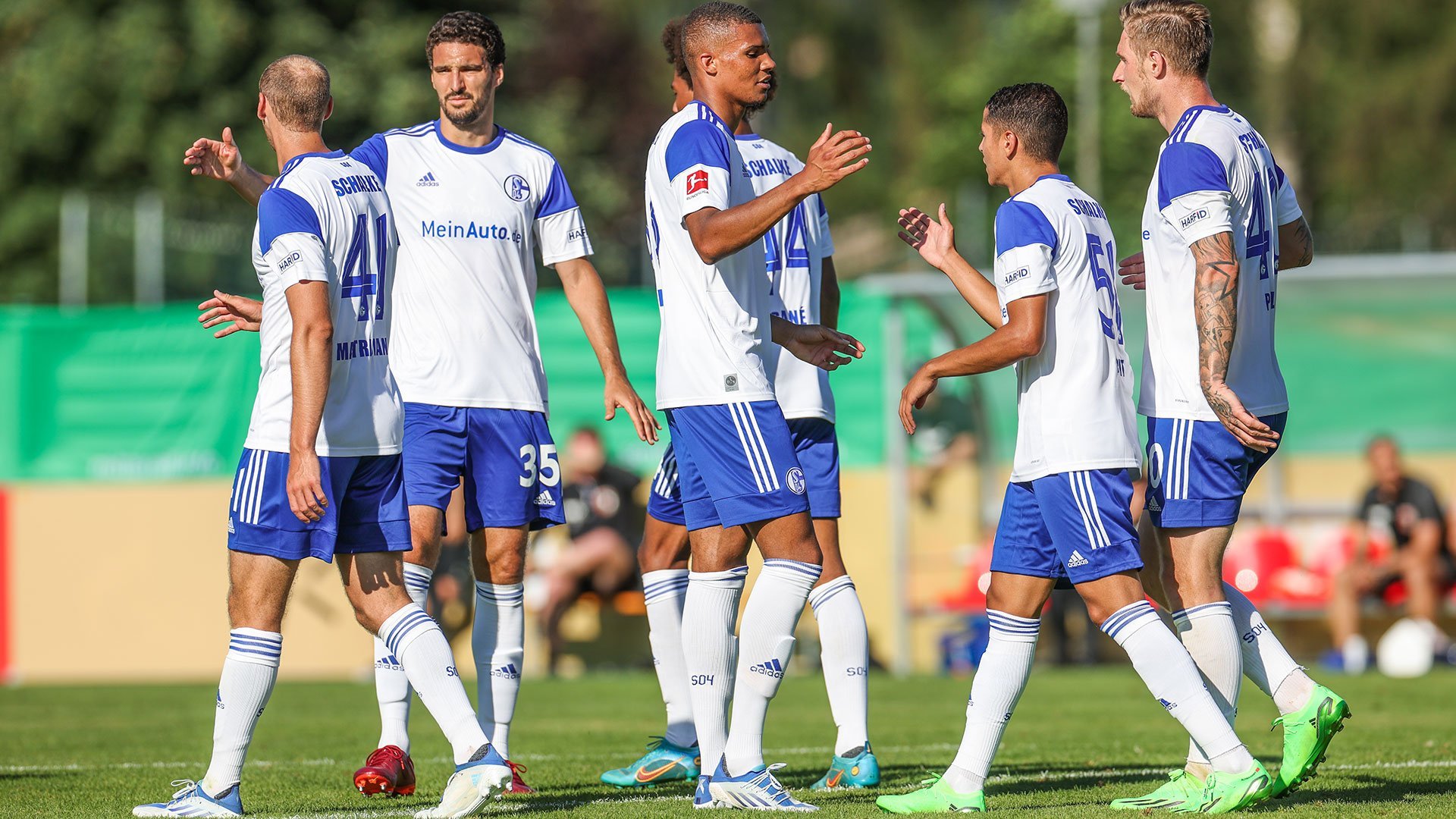 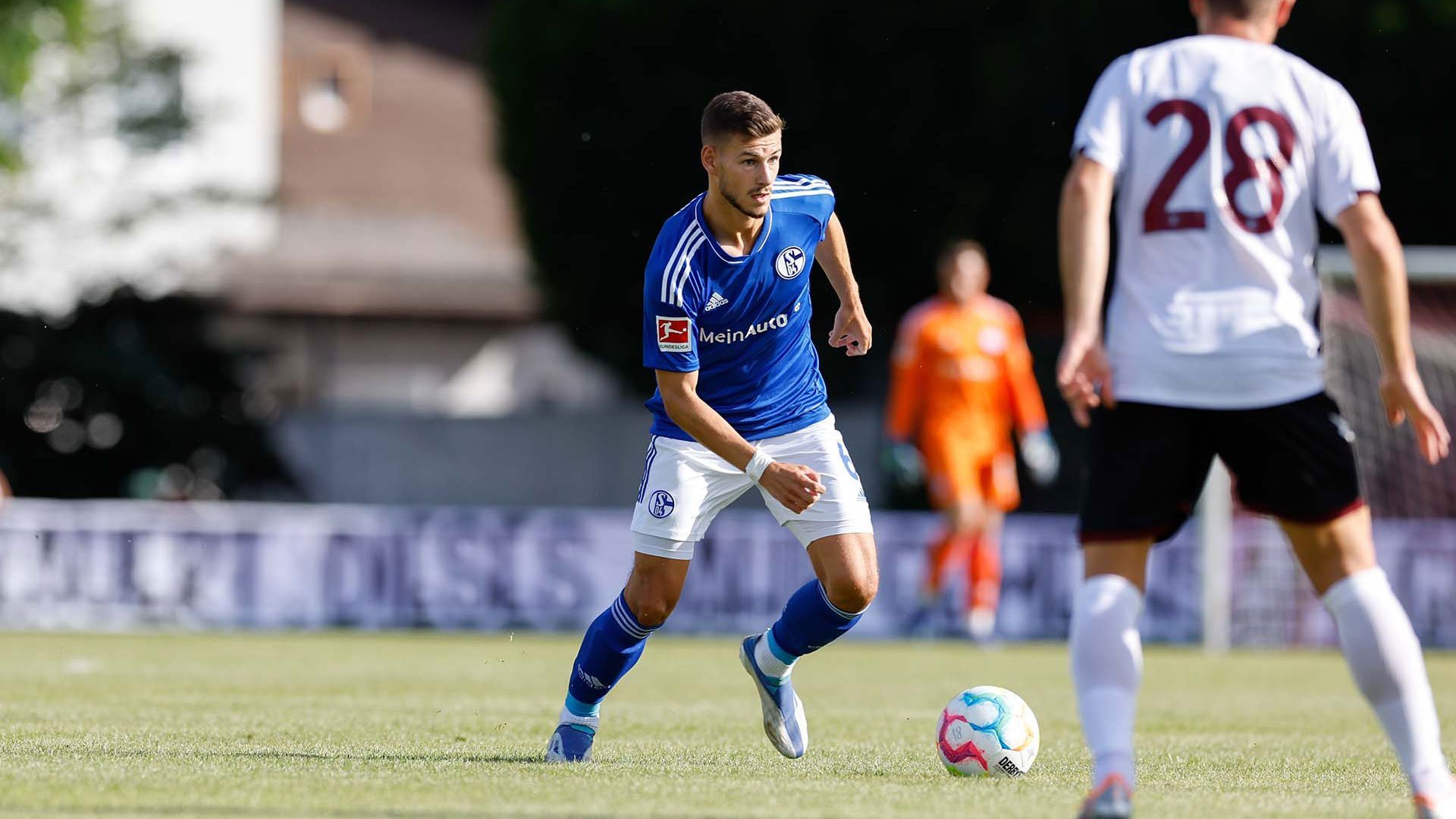 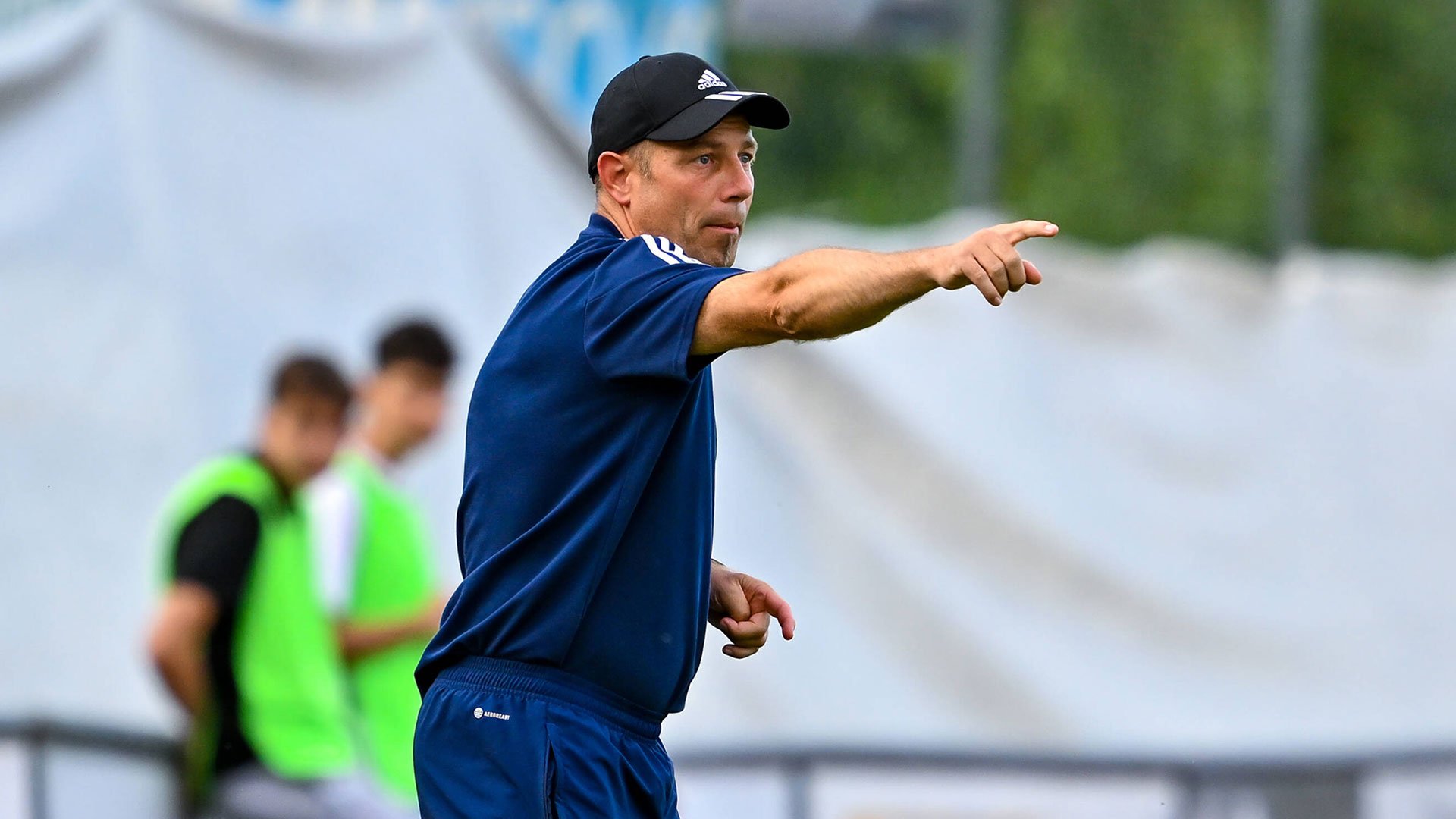 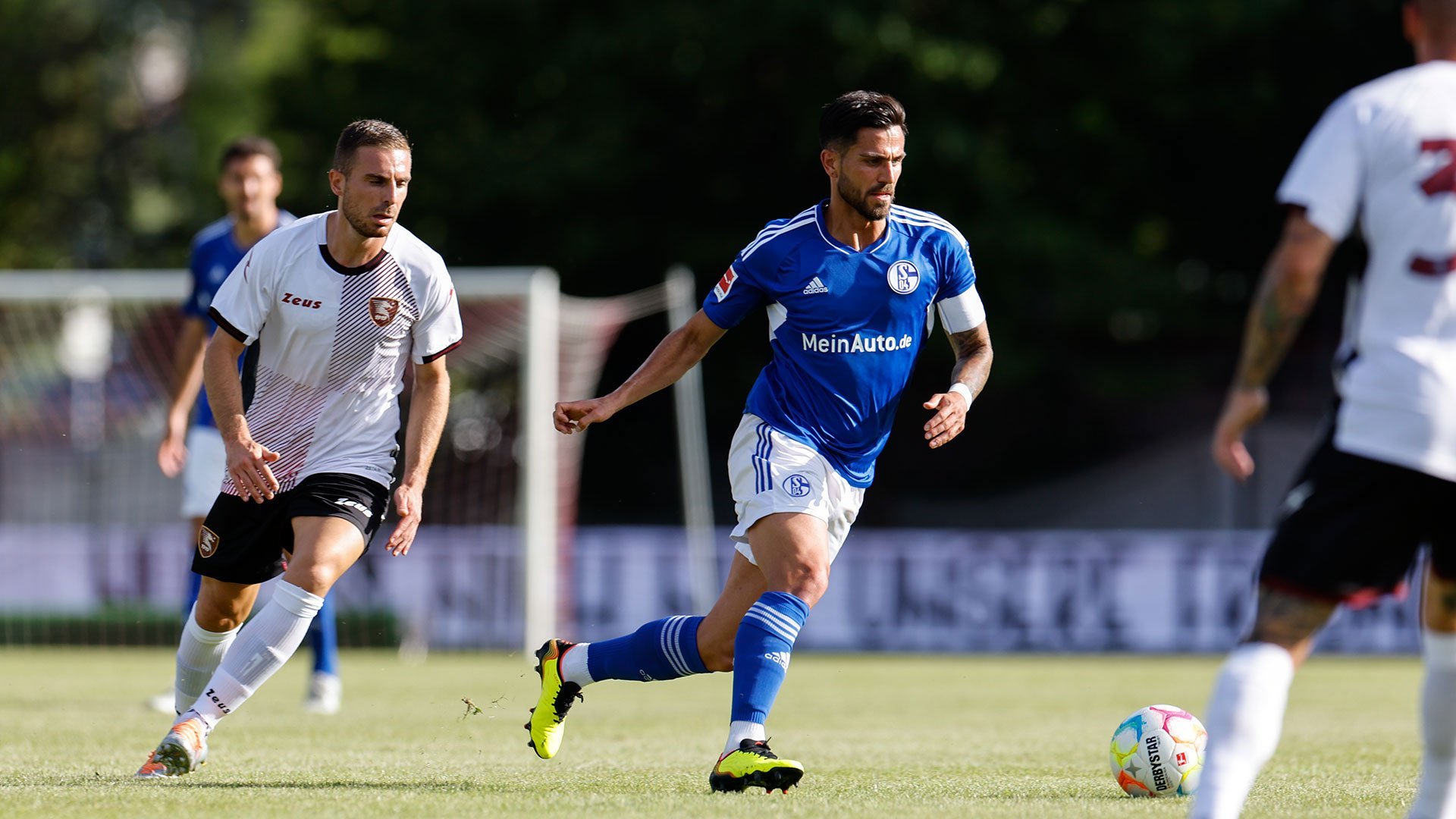