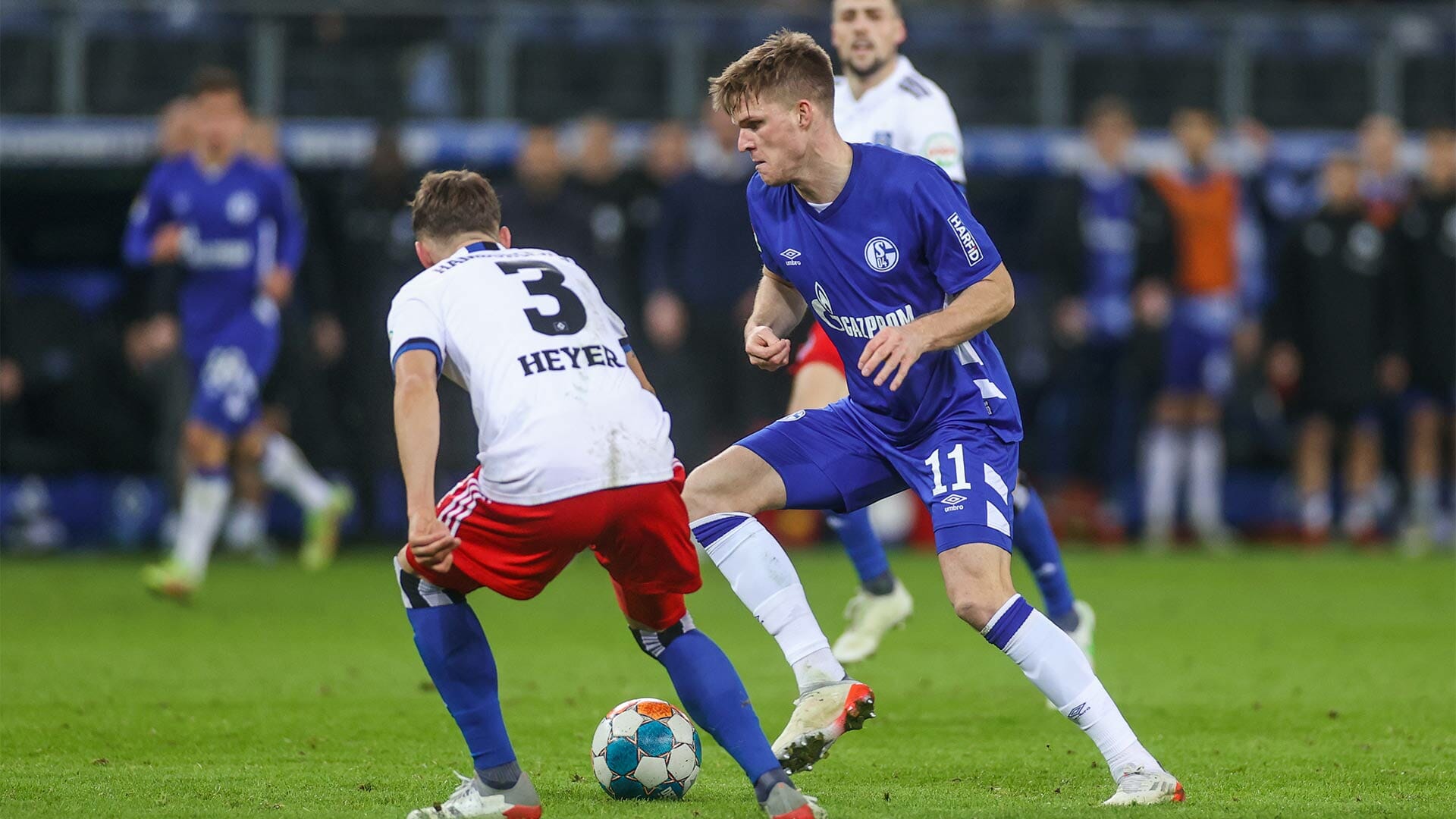 Marius Bülter: I had a good feeling when I came on

Marius Bülter had been watching from the sidelines for the last two games after returning alarming blood-test results, but he made his comeback in the match against Hamburger SV on Saturday (18/12), playing the final 30 minutes of the game and having a hand in the Royal Blues earning a deserved point on the road in the final fixture before the winter break. 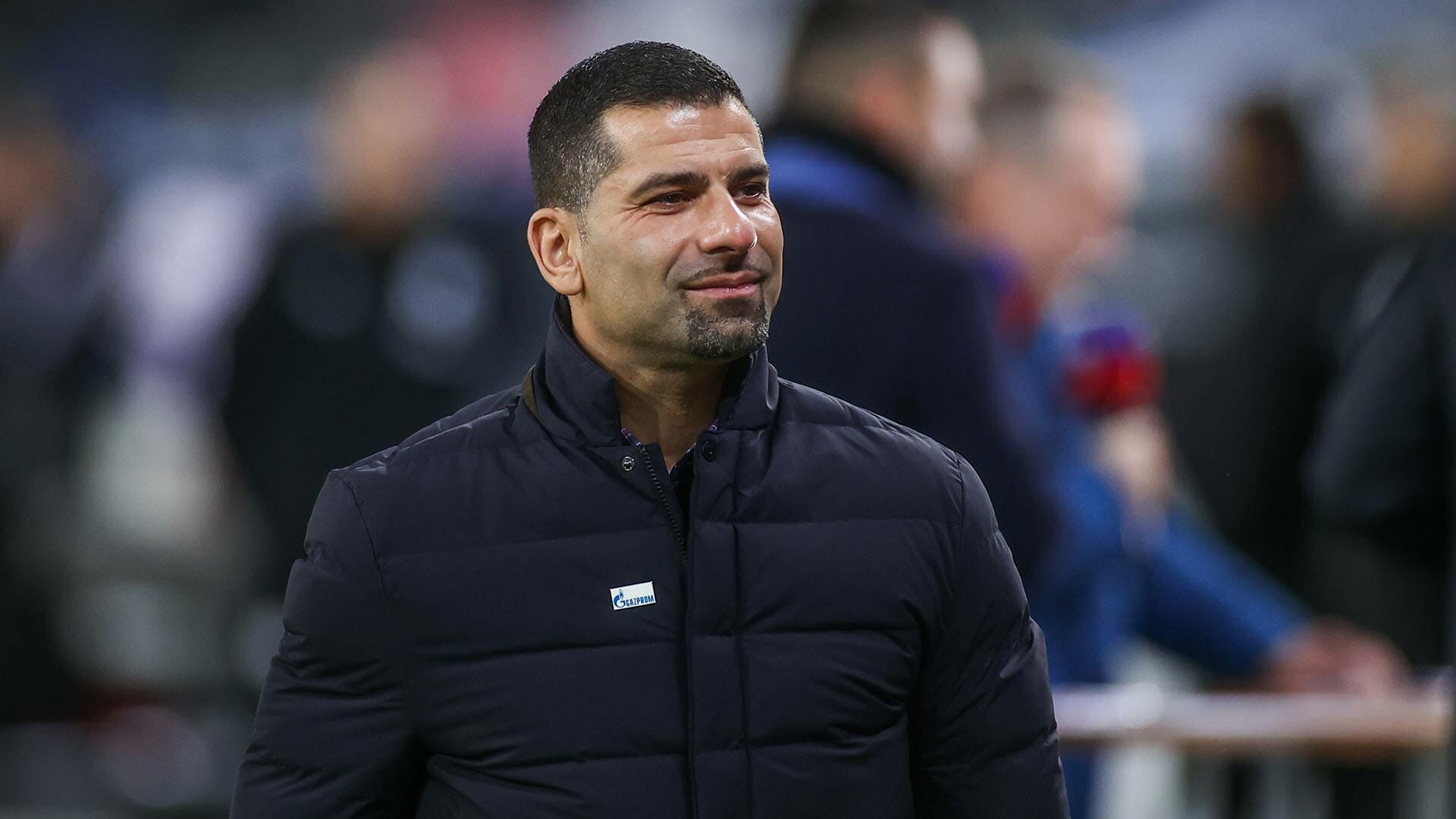 Dimitrios Grammozis: The lads were desperate for this point

The Royal Blues ended 2021 with a 1-1 draw away to Hamburger SV on Saturday (18/12). Dimitrios Grammozis and Victor Pálsson were proud of the team’s performance, which was worthy of all three points. 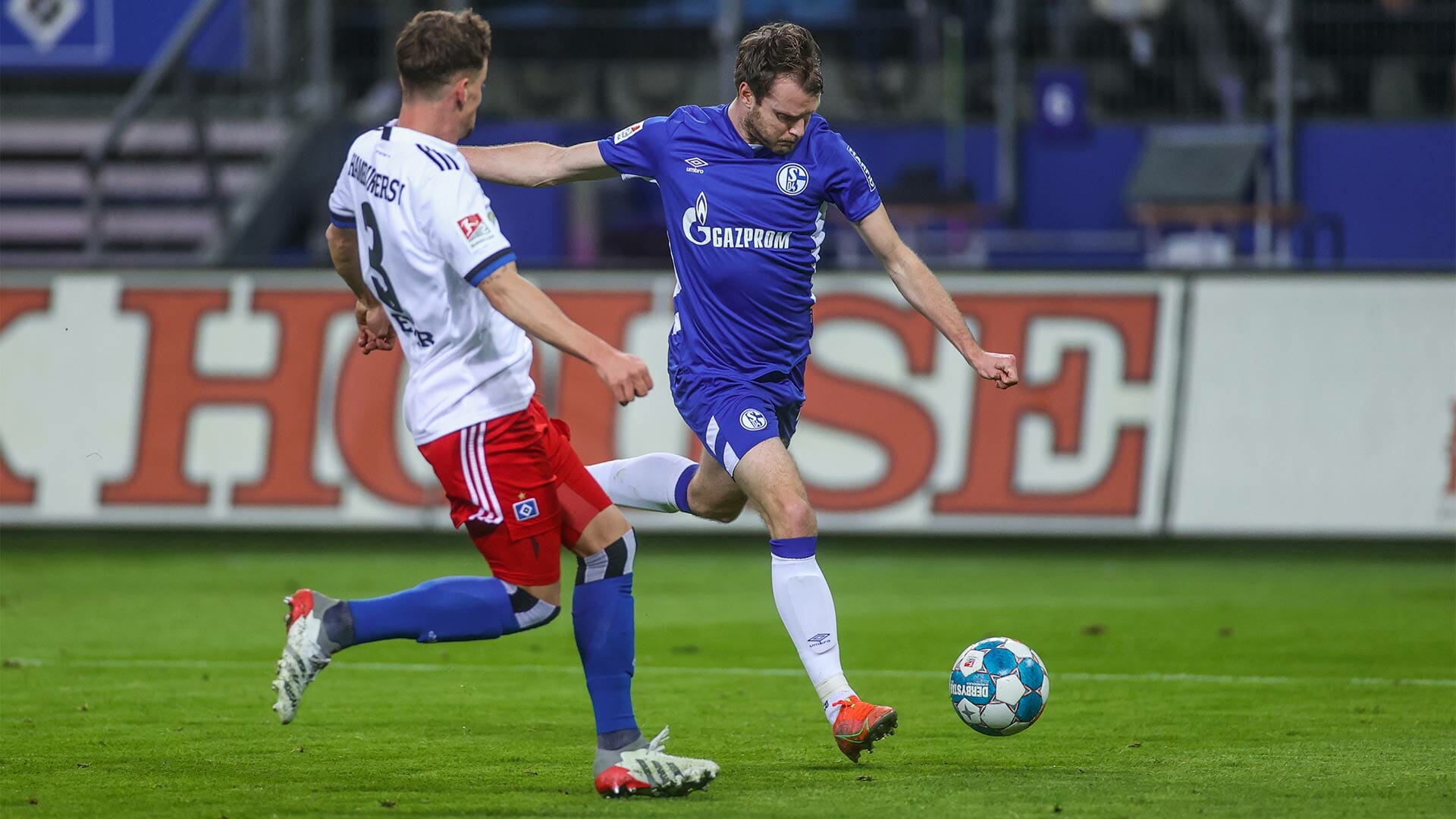 Schalke fight back to earn an important point at HSV

FC Schalke 04 rescued a point late on away to Hamburger SV on Saturday night (18/12) thanks to a Ko Itakura goal (87’). Robert Glatzel had headed HSV in front after less than two minutes in the final game of the year. 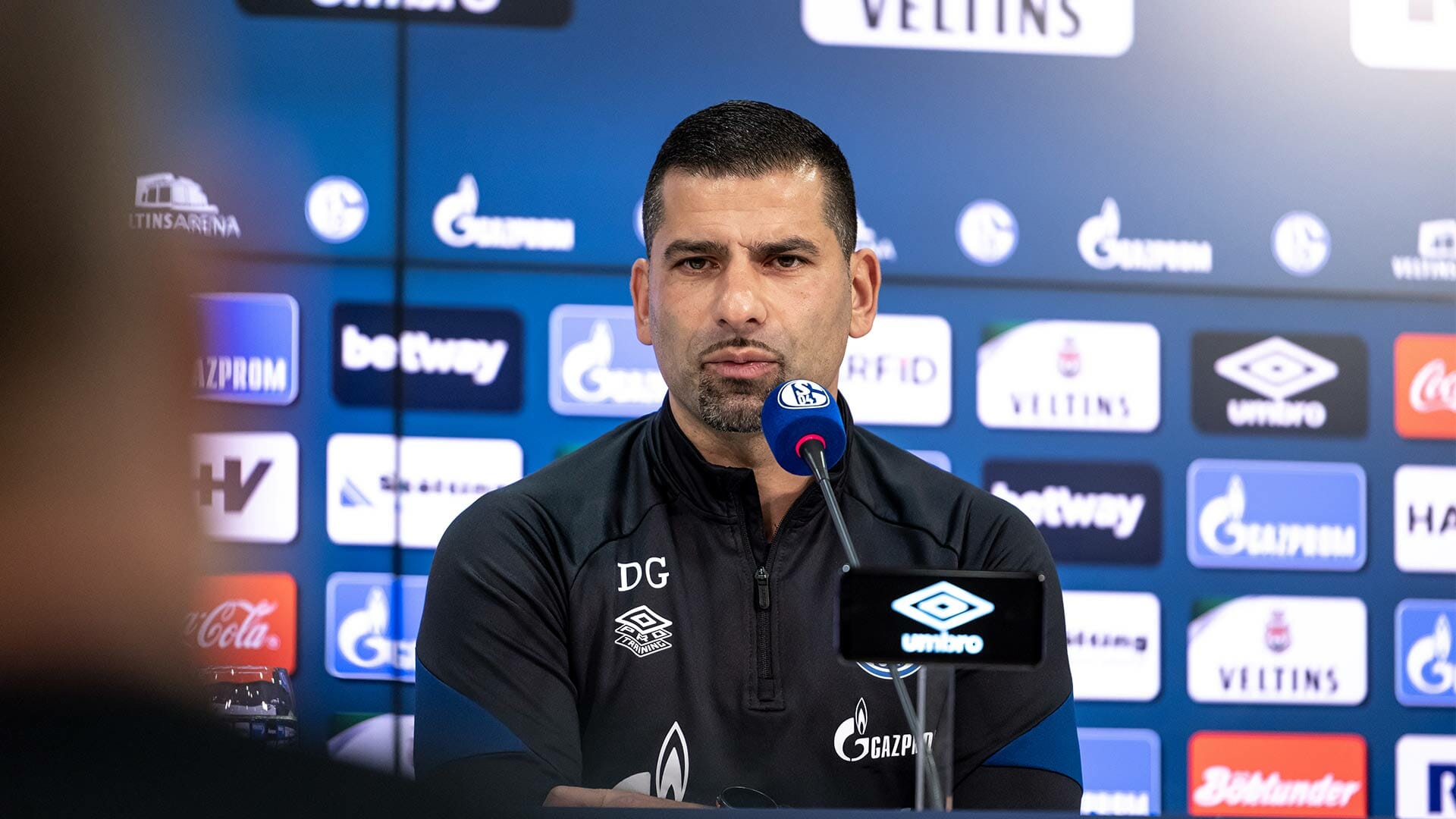 Dimitrios Grammozis: Take the momentum from the Nürnberg game

FC Schalke 04’s final game of 2021 is away to Hamburger SV on Saturday night (18/12, 20:30 CET). Head coach Dimitrios Grammozis will be back after missing the last two matches due his Covid-19 infection. 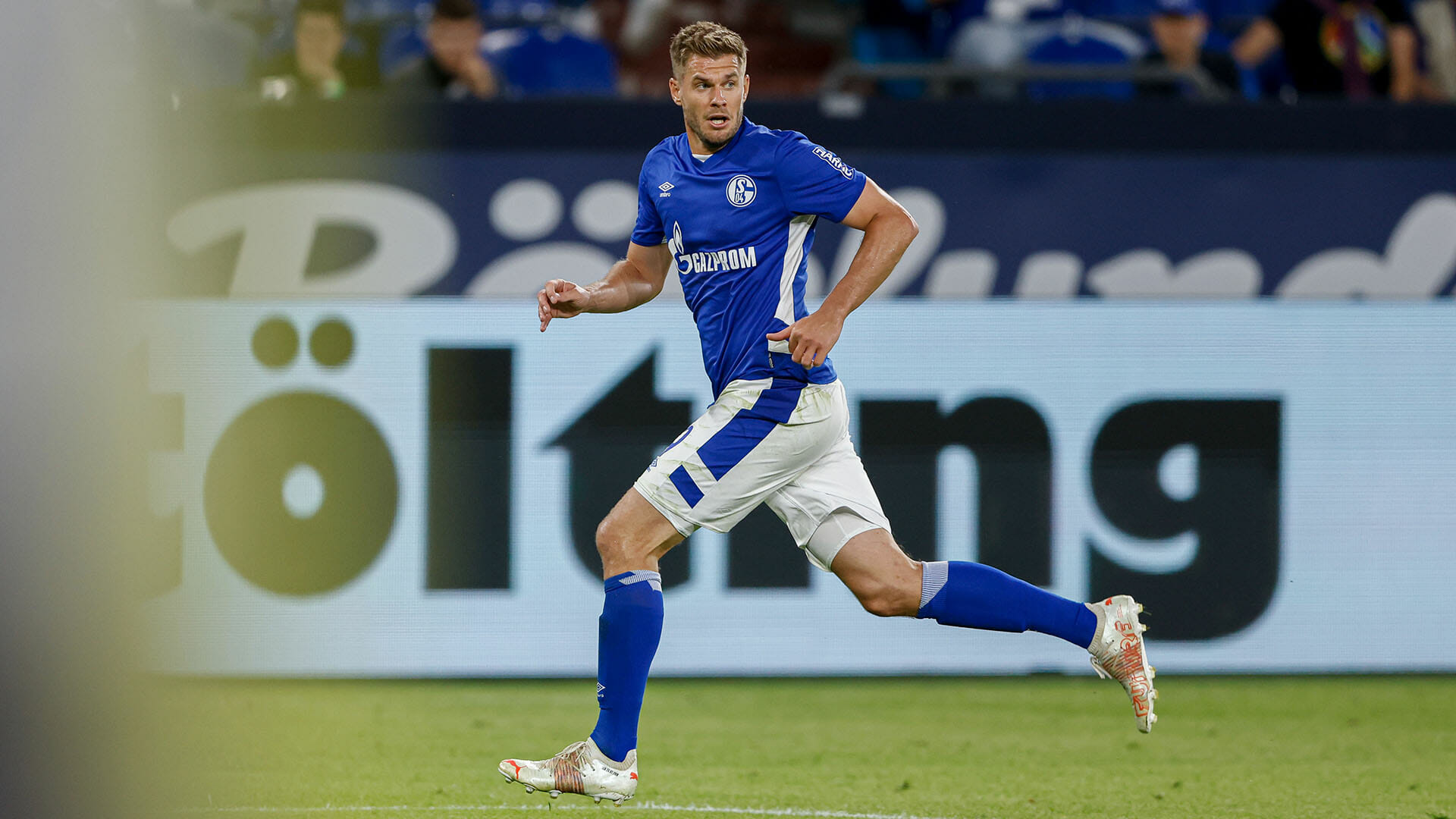 Terodde: We had it in our hands

The Royal Blues started strongly against Hamburg and the Veltins-Arena was alive after 30 minutes, owing to a goal from new man Simon Terodde in the 7th minute and a Michael Langer penalty save in the 28th. Come full time, however, Terodde and co. were made to do with a defeat to kick off the season, which frustrated the attacker especially. One moment of the game stuck out to him in particular. 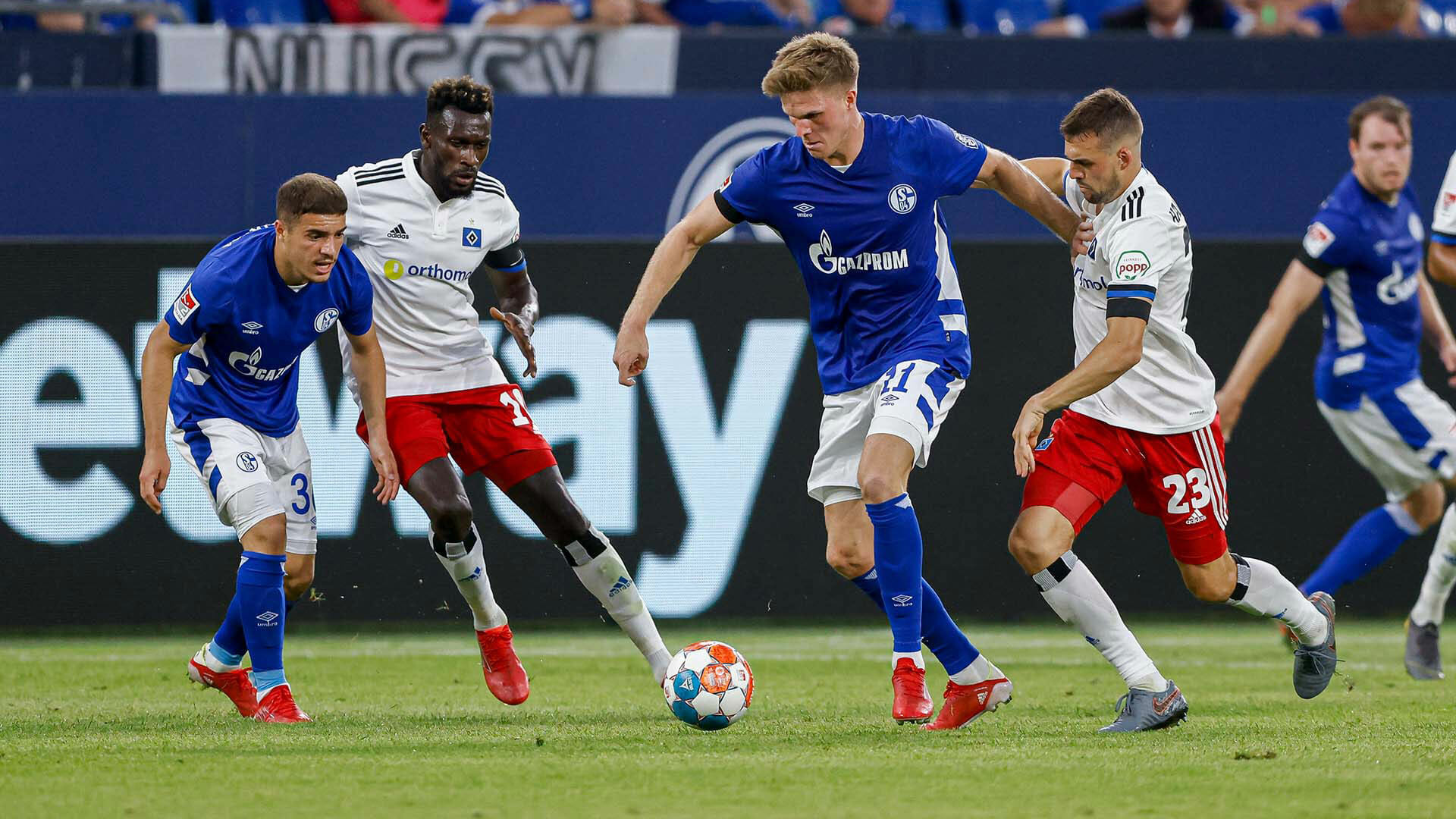 Marius Bülter: We shouldn’t have lost that game

After Hamburger SV defeated FC Schalke 04 to kick off the 2021/22 season on Friday (23/7), both coaches spoke to the media in the post-match press conference. Marius Bülter and Blendi Idrizi also gave their thoughts on the 3-1 loss. 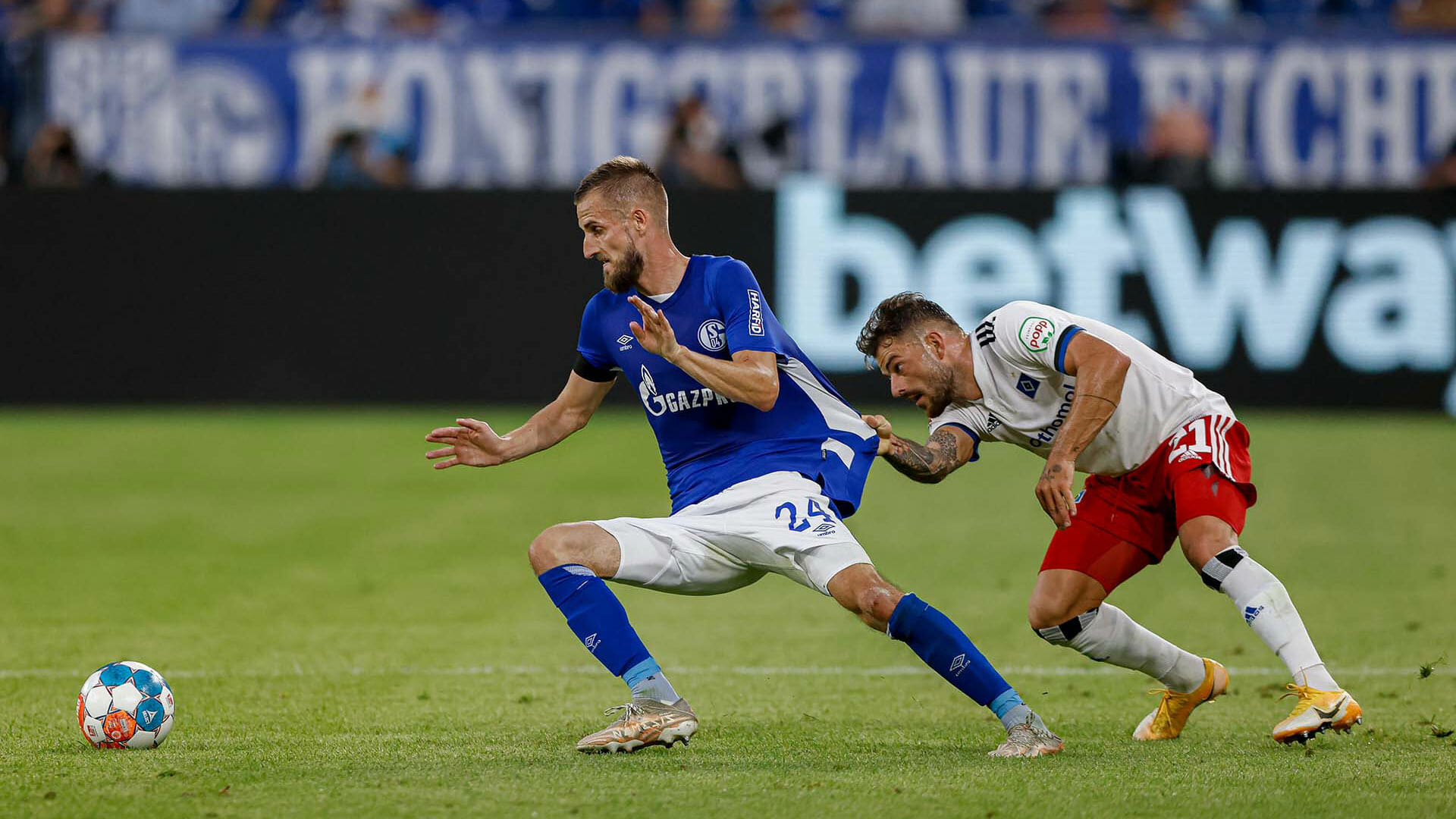 3-1 defeat to HSV to start the season

FC Schalke 04 lost 3-1 at home to Hamburger SV on matchday 1 of the 2021/22 season. 19,770 fans attended the game at the VELTINS-Arena. Simon Terodde put the Royal Blues ahead after eight minutes against his former side, however Robert Glatzel (53’), Moritz Heyer (86’) and Bakery Jatta (90’) all scored in the second half to give HSV the three points. 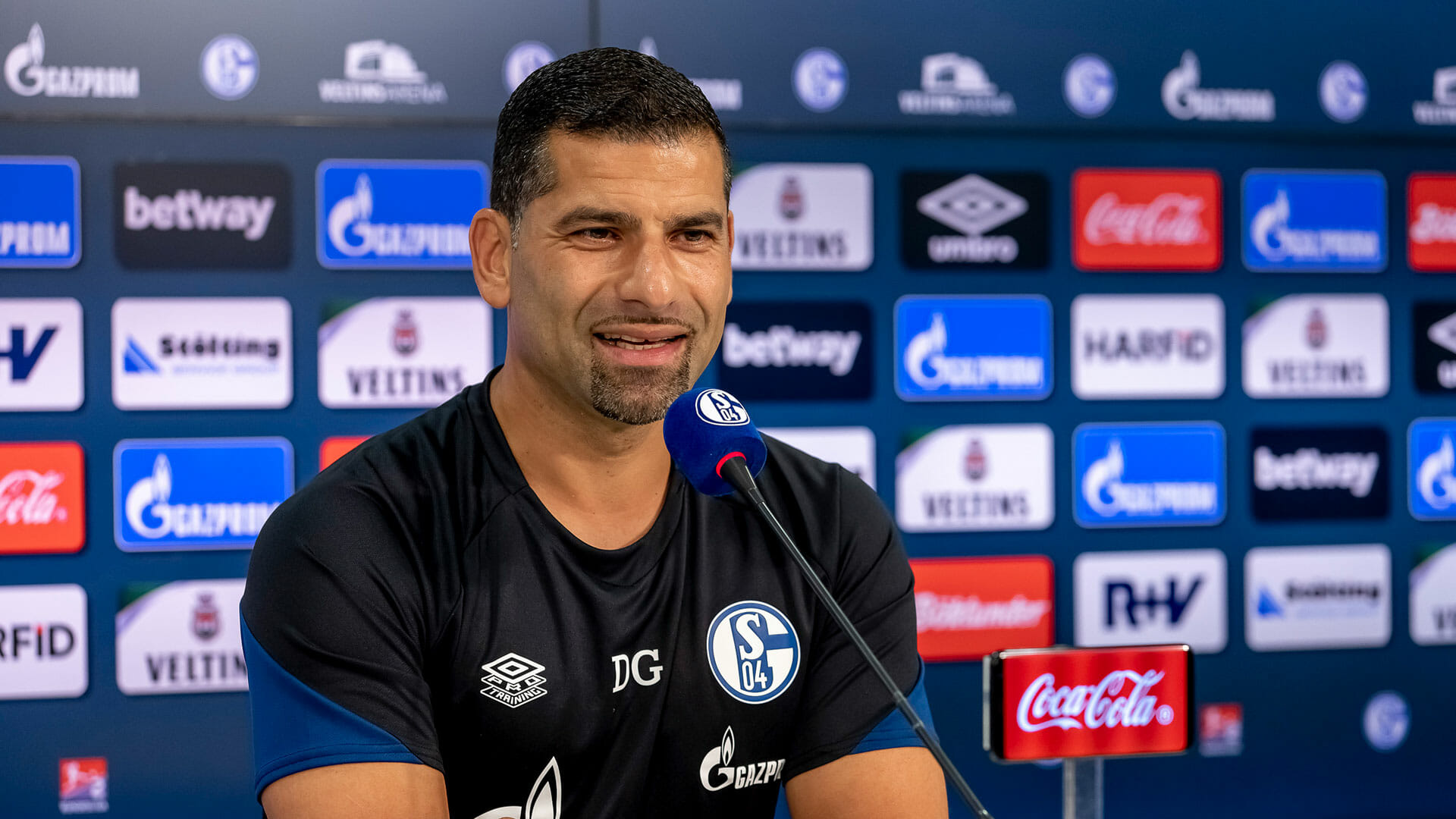 Dimitrios Grammozis: We’re really up for it

FC Schalke 04 will begin their new league season with a home game against Hamburger SV on Friday (23/7, 20:30 CEST). “We’ve all been waiting for this moment for almost six weeks of pre-season”, said Dimitrios Grammozis, who is also looking forward to the return of a crowd. “We can finally play in front of our fans at the VELTINS-Arena again.” 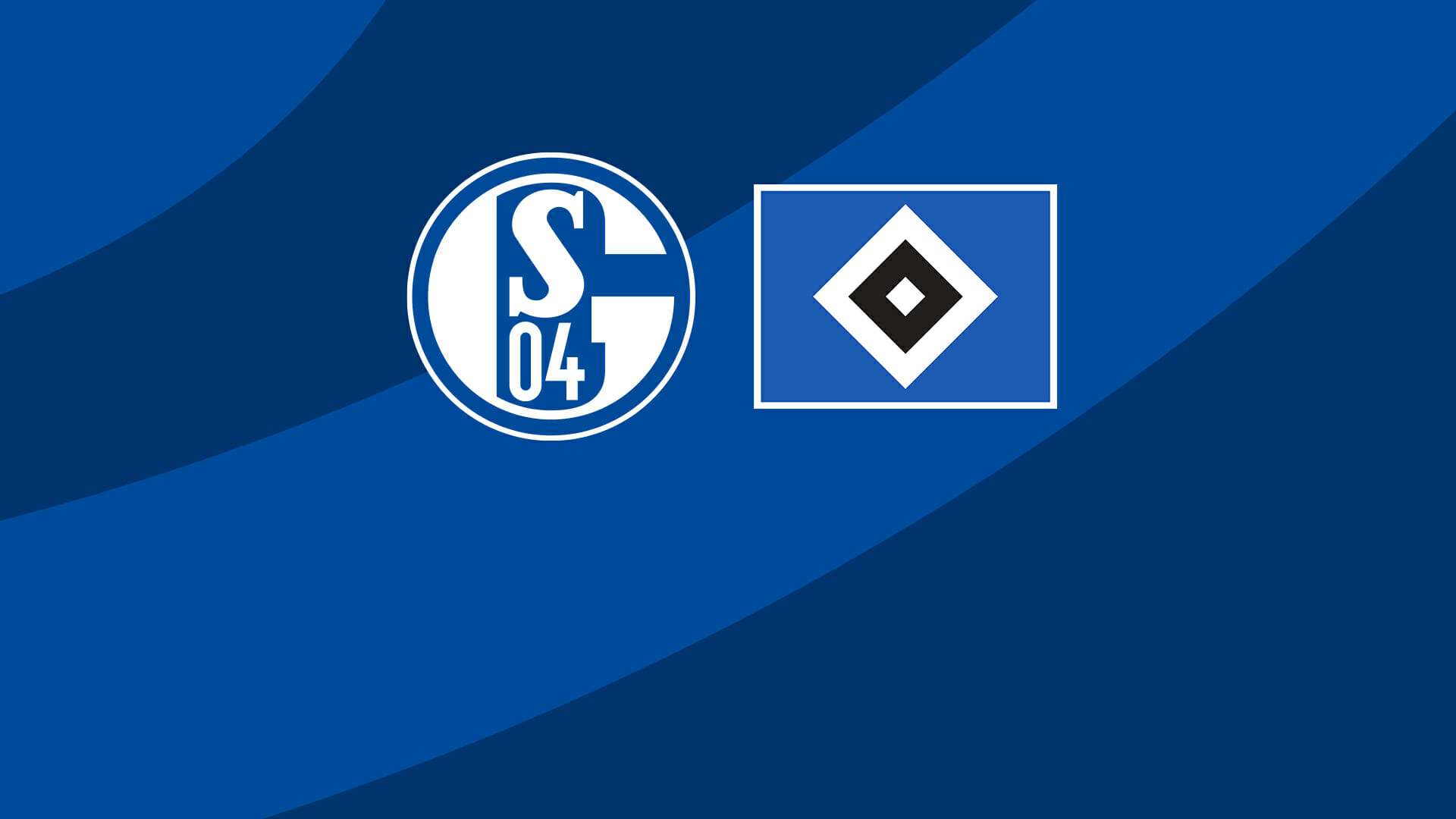 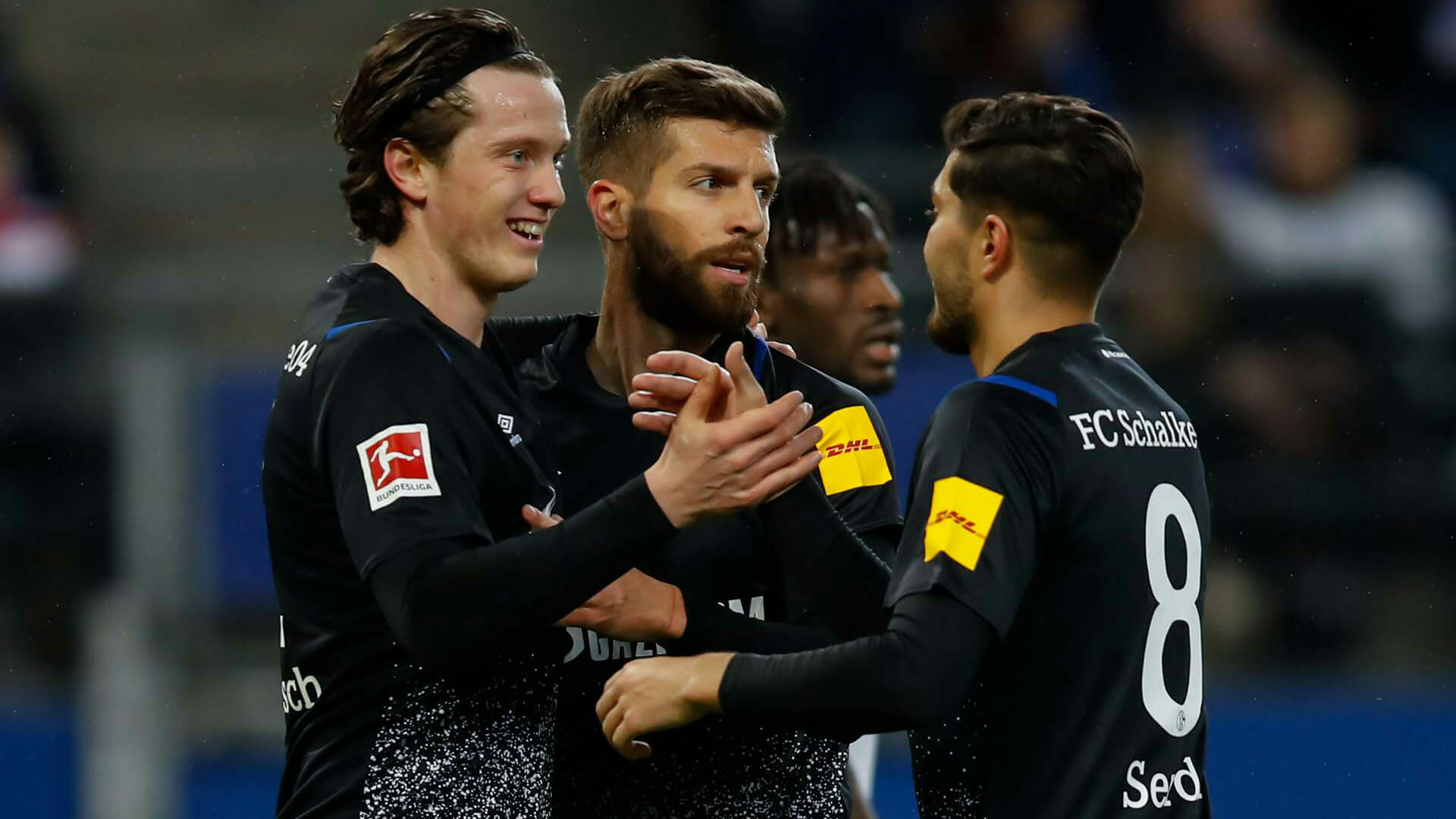 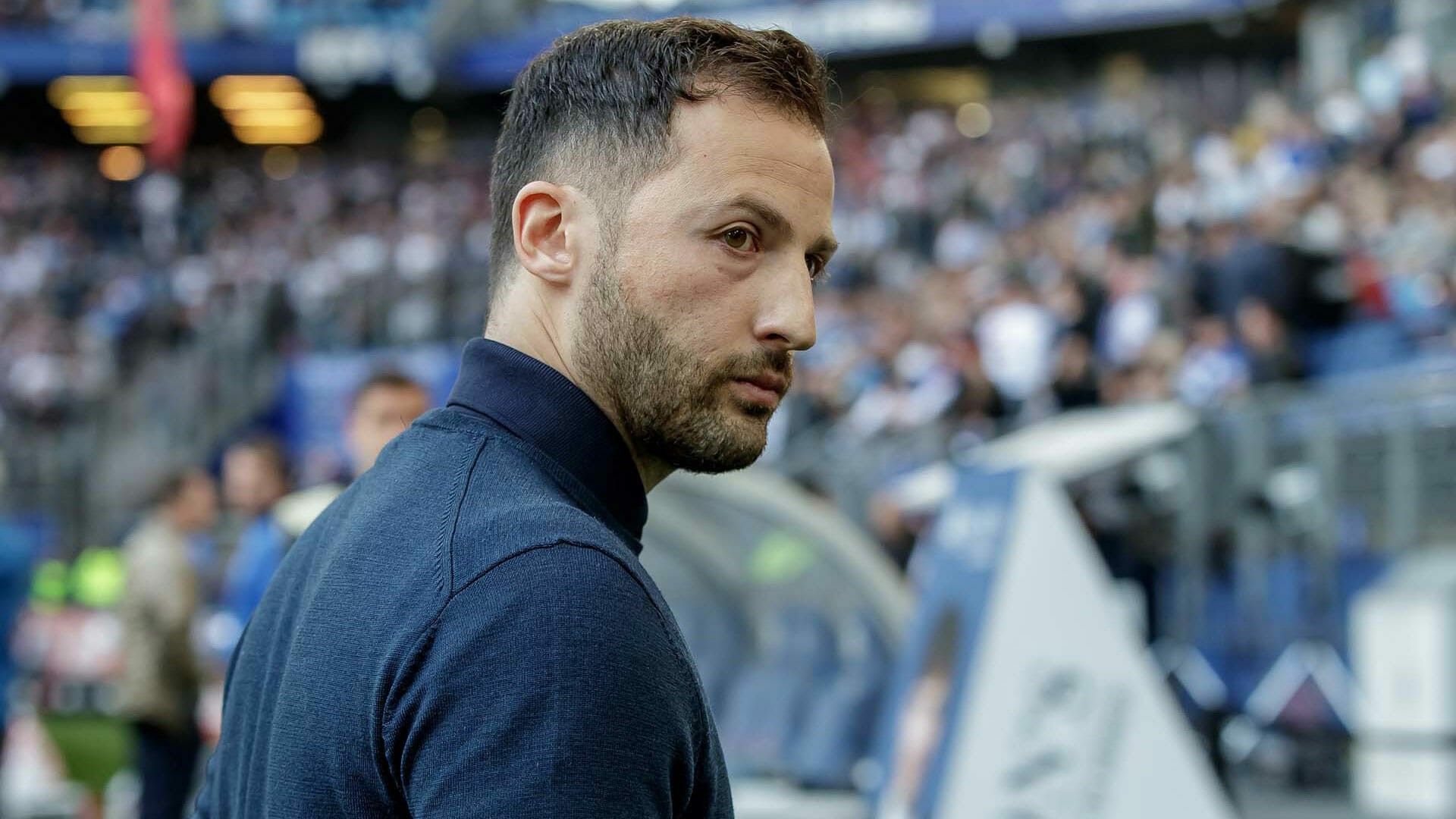 One coach lost their first game in six, the other celebrated their first ever Bundesliga win. After the full time whistle in the Volksparkstadion, Domenico Tedesco and Christian Titz reflected on the 3-2 win for Hamburger SV. We noted what they had to say. 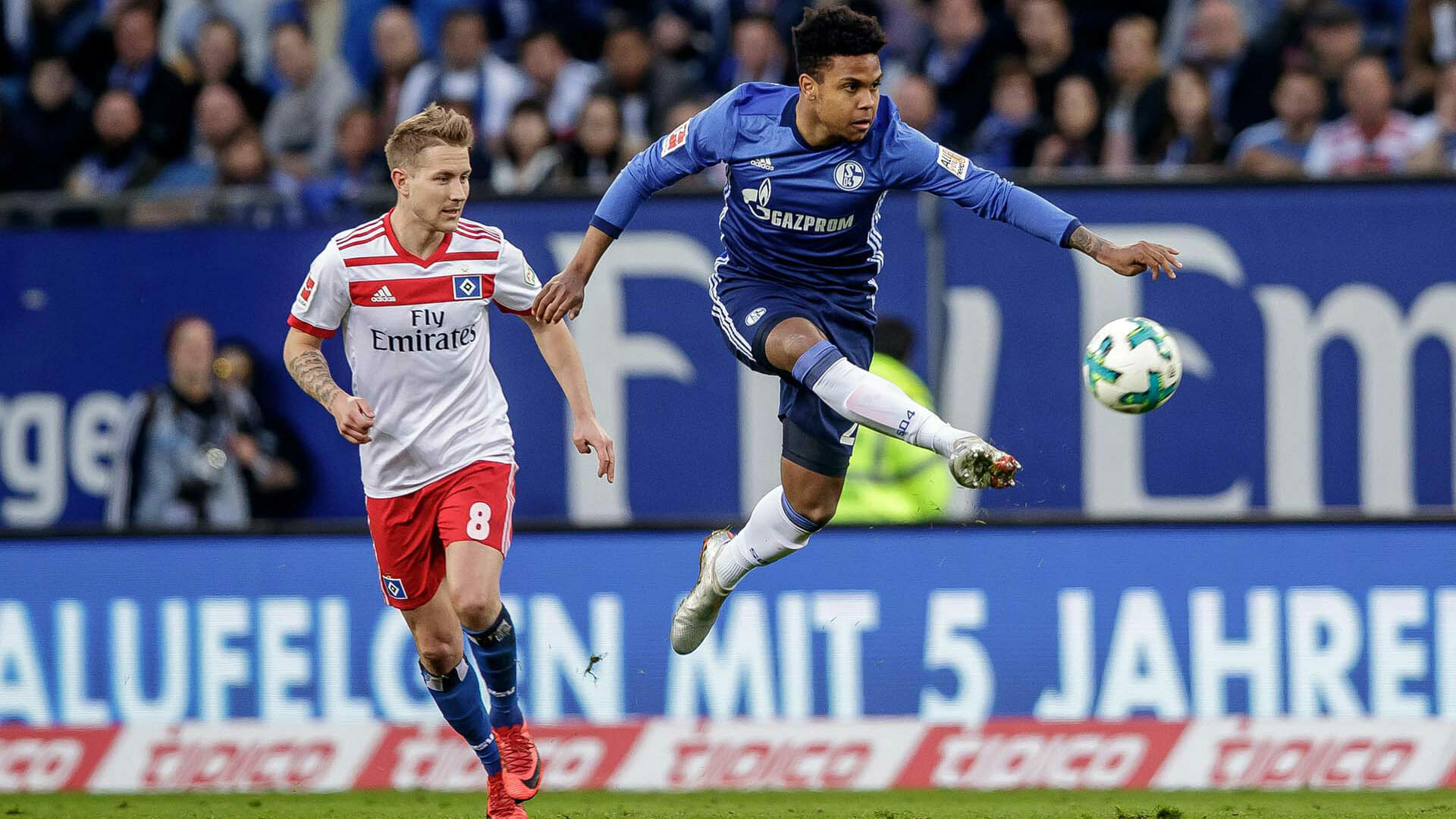 After six wins in a row, FC Schalke 04 were finally defeated on Saturday evening. Schalke narrowly lost 3-2 to Hamburger SV. Naldo and Guido Burgstaller got on the scoresheet for the Royal Blues but Filip Kostic, Lewis Holtby and Aaron Hunt got the three points for the hosts.