For 25 years, the football simulation game FIFA has been an integral part of the world of electronic sports. Game producer, Electronic Arts, released what would be the start of a phenomenon back in 1993, with the series’ first title, “FIFA International Soccer”. Three professional players represent the Royal Blues on the FIFA esports scene: Tim "Tim Latka" Schwartmann, Julius "Juli" Kühle and Joe "JH7" Hellmann.

FIFA is a football simulation game produced by Canada-based video game company EA SPORTS. The game involves two players competing head-to-head against each other in what can be thrilling, end-to-end encounters. Regular changes and updates to the game require professional esports players to be incredibly adaptable. Alongside getting the tactics right, the most decisive skills an esports player needs are quick reactions, good coordination and the ability to read the game.

Since July 2016, FC Schalke 04 has been involved in FIFA. Three miners represent the S04 in the football simulation: Tim “Tim Latka” Schwartmann, Julius “Juli” Kühle and Joe “JH7” Hellmann. The professional Schalke esports FIFA players hone their skills for up to six hours a day by playing the game.

In the Weekend League, players compete online against rivals from all over the world. A particular attraction of the Weekend League is that players are matched against each other randomly. The esport professionals therefore have to be capable of adapting to whichever opponent they face. The Weekend League begins on a Friday and ends the following Monday. In that time period, players can contest up to 30 games. Success in the Weekend League grants players worthwhile rewards and qualification for future tournaments.

Germany is the strongest FIFA nation in the world.

The S04 Knappencup is an esports youth tournament, aimed at ambitious, non-professional players from the Gelsenkirchen region. In front of 100,000 visitors to the big Schalke Day in 2016, Tim „Tim Latka“ Schwartman came out on top in the first ever S04 Knappencup. Schwartmann has since then turned professional. Staying true to FC Schalke’s mission statement, the club’s esports division aims to maintain for a strong relationship with the region and fans. In the sporting scene, it strives for a sustainable and long-lasting concept. For this reason, FC Schalke 04 esports also promotes the development of young talents.

Big events like the EA SPORTS FIFA FUT Champions Cups are broadcasted live on TV and online on streaming platforms as Twitch. Matches involving S04’s professional esport players are followed by around 80,000 people from all over Europe, and the players proudly represent the Royal Blue of Schalke – a club from the heart of the Ruhr Valley.

Look who sent out some motivation for our match against @UnicornsOfLove next Thursday. 🙏🏼 @GiliusLoL you will alway… 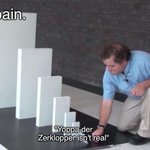 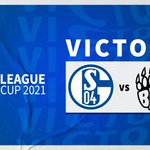 What a banger series! Up next: semi-finals GGWP @BIGCLANgg #S04win 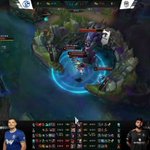 FIFAe Club World Cup: How S04 Esports made it into the top 4 in Europe

At the official Club World Cup in FIFA 21, our FIFA pros Joe and Juli made a sensational advance to the semi-finals. S04 Esports only had to admit defeat against the champion mkers from Italy. We look back on the huge success of the Royal Blues in a tournament that couldn't be beat in terms of tension and drama.

The royal blue teams had a furious week at the end of the first month of 2021. Our FIFA professionals qualified for the FIFAe Club World Cup, in the League of Legends European Championship (LEC) there were wins against SK Gaming and G2 Esports and our PES 2021 team climbed in the eFootball.Pro with a win against Galatasaray Esports to second place. Our review of the most successful week of the year so far.

The Schalke FIFA pros Juli and Joe did it: They are in the playoffs of the FIFAe Club World Cup. At the official Club World Cup in FIFA 21 on Thursday evening, the Royal Blues want to reach the finals.